iCherish Home Care knows that acquiring home care assistance for yourself or a loved one is a big decision. Our fundamental goal is to help our clients live their best life. At home home care is what we do. That means something unique for every client. So, we tailor care for the individual based on their needs, goals, desires, and abilities. Our compassionate companion, personal, and skilled nursing services offer our clients essential home care while preserving their dignity and independence. Senior clients have special needs. iCherish Home Care services address needs concerning social engagement, outings, hygiene, nutrition, mobility, medication, health monitoring, and more. Schedule a free consultation for Lawrenceville home care services from iCherish. Click to contact us online.

iCherish Home Care provides companion services for senior older adults and people in need throughout Lawrenceville and Gwinnett County. Companion care is a kind of home care service that is non-medical, supplying emotional support and socialization. These services do not involve any tasks that require caregivers to touch the client. Rather than bathing and dressing, companion care involves shopping trips, doctor visits, housework assistance, and meal preparation, for example. It is lovely when family and friends provide social engagement to their loved ones. Still, it is not always an option for a variety of reasons. Whether family and friends are in the mix or not, companion care is critical. It is a way to enrich someone's life by being there for much-needed socialization. 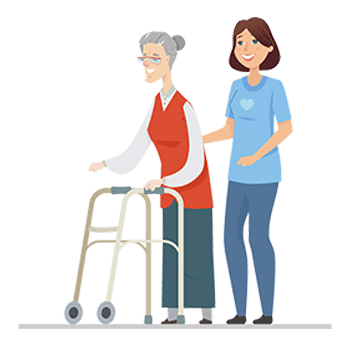 When older people and those with disabilities live alone, they rarely eat a balanced diet. It is easy for a senior not to want to cook for one. And forget to eat, rely on unhealthy junk food, or miss meals for many reasons. Meal preparation is where iCherish caregivers can help. As part of the companion services we offer in Lawrenceville, we prepare delicious meals to help our clients stay nourished. Eating right promotes good health and consistent energy levels.

One of the most confusing daily tasks for our clients is managing their medications. Multiple prescriptions to take at different times do not make it easy for most. Nearly all our Lawrenceville clients have daily medications to take. Missing doses or accidentally taking too much can have serious complications. Take the worry out of managing medications. A reliable iCherish caregiver will nicely make sure your loved one takes their meds as prescribed.

Escorts to Appointments and Outings

Older adults and people with disabilities need not feel shut-in when an iCherish Home Care companion accompanies them. Clients keep independence, along with their social calendar in Lawrenceville, with our help. We are happy to go with clients to medical, dental, and grooming appointments. But that is not all; from family gatherings to shopping trips to lunch dates, we will be your escort. An outing as simple as a ride to see fall leaves increases the quality and enjoyment of life.

Many of our clients do not drive, so to fill prescriptions and pick up medications at the pharmacy is a challenge. For hand-delivered prescriptions in Lawrenceville, call on iCherish. Our clients know we are ready to complete essential tasks for them.

Engaging the Client in Interests and Hobbies

The hobbies and interests we pursuit bring joy to our lives. The same is true for seniors and people with disabilities. Whether it is gardening, sewing, or golf, that our client's love, our team happily helps clients stay engaged in the activities they enjoy.

ADLs include daily tasks like bathing, oral care, shaving and hair care, toileting, dressing, and undressing. Activities of Daily Living also include getting out of bed, moving from room to room, and general mobility and range of motion assistance. Clients that can perform these tasks, with or without assistance, can stay in their homes longer and maintain a higher quality of life. iCherish provides trained, screened personal caregivers for the help you need.

For those living in Lawrenceville with diabetes, high blood pressure, high cholesterol, and obesity, proper nutrition is vital. Our nurses create a nutrition plan, aligning clients with their health goals. Meal preparation and meal scheduling keep clients on track.

Skipping doses, mixing up medication, or taking the wrong medication at the wrong time is dangerous and can be fatal. Our caregivers give friendly reminders and encouragement to help clients take the right medication in the right dosage at the right intervals. Of course, when a client refuses prescribed medication for any reason, we alert the family or physician at once.

Accurate temperature and respiration checks have never been as critical as they are today. The iCherish caregivers screen temperature and check breathing for clients every visit. We train our caregivers to seek nurse assistance or call 911 if they detect irregular temperatures or breathing.

We monitor and check the blood pressure and blood glucose levels of our clients each visit. This practice helps avoid the extreme high and lows that quickly lead to a health crisis. Of course, for urgent situations, our caregivers are trained to contact the nurse or 911.

Reliable, skilled nursing services extend the time those in need live at home in Lawrenceville, where they feel most comfortable and at peace. With trained nursing professionals monitoring health, decisions can be made at once if there is a decline. Our services help when it is time to move a client into a skilled nursing facility or hospice care. Our nurses are ready to provide the highest level of nursing care in the industry in Lawrenceville and across the Gwinnett County area. 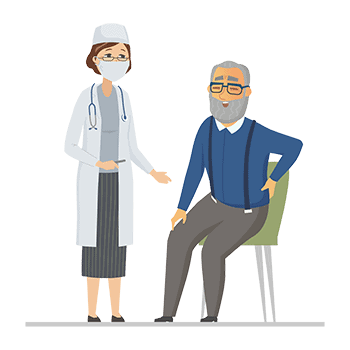 The Plan of Care is a written outline of the specific medical interventions and treatments recommended for a client needs to heal or maintain health at home. Our licensed iCherish nurses conduct in-home client assessments to devise a Plan of Care. This Plan of Care considers medical diagnoses, symptoms, physician instructions, prescriptions, and client goals and preferences. All personnel will refer to the Plan of Care for the individual client to provide the best care during each residential Lawrenceville home care visit.

Seniors and the disabled need an easy-to-understand system for taking their meds as directed to ensure no contraindications. Having a professional nurse to organize and set-up a medication schedule is the service our clients appreciate most. Be sure that our nurses also collaborate with Lawrenceville client physicians to keep medication plans is up-to-date and accurate.

iCherish can help when clients need assistance in taking routine oral medications and injectables like insulin. The administration of insulin injections requires a visit from an iCherish Registered Nurse (RN).

Our nurses not only set-up med-taking systems and administer medications but also monitor medication and provide titration to inform drug adjustments—when necessary. Medication monitoring is a service that helps our clients avoid accidentally missing doses and double dosing. Now, this level of medical care can be at home. That means fewer trips to the hospital.

Just over 30 miles northeast of Atlanta lies Lawrenceville, Georgia. Founded in 1818, it is the second oldest city in Metro Atlanta. The city is the Gwinnett County county seat and widely held as one of the most desirable places to live in Georgia.  The revitalization of downtown sports boutique and antique shops along with other small businesses. Unique cultural events like the annual Polish Pierogi Festival are a local favorite, complete with a Pierogi Toss.

The Gwinnett County Airport, also known as Briscoe Field, is the third busiest airport in Georgia. As far as Lawrenceville celebrities, one you may not know is Ezzard Charles. The World Heavyweight boxing champion won the belt on September 27, 1950 - defeating Joe Louis by unanimous decision. Another winner in the ring that hails from Lawrenceville is “The Nature Boy,” Ric Flair.

Major employers include the gigantic Georgia Pacific distribution hub and Atlanta Biologicals. The Raco Industrial Park is home to many distribution centers across industries employing thousands. Both the Headquarters in Lawrenceville are Peach State Federal Credit Union and the Presbyterian Church in America.

Learn more about the story behind iCherish Home Care. Our dedicated team of home caregivers and nurses is passionate about helping Metro Atlanta clients live their best lives in the comfort of their homes. Read More..